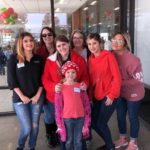 Daniel Chang, MD, discusses the measurement and importance of chromatic aberration in IOLs

Empire Eye and Laser Center was featured on KGET on August 29, 2016.

Vin T. Dang, OD featured as one of Bakersfield’s 20 Under 40 People to Watch, interviews with Scott Cox and other featured locals on First Look. 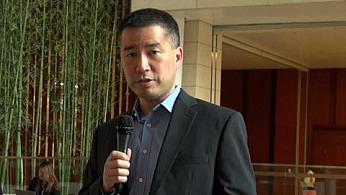 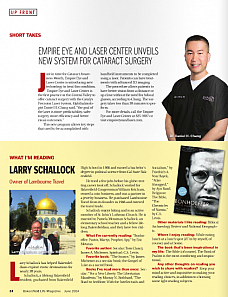 Daniel H. Chang, MD recognized as one of Bakersfield’s 20 under 40 People to Watch.

Dr. Vin T. Dang and Dr. Mark M. Cheung teamed up with Advanced Center for Eyecare and Onesight Vision Van to give the gift of sight to 70 students at Wingland Elementary.

Dr. Daniel Chang was interviewed by KGET TV 17’s Madelyn Jarrett about the dangers of using non-prescription, non-FDA approved contact lenses designed to alter the appearance of the eyes.

Teens in Bakersfield are catching onto a fad that could hurt their vision or even blind them. It’s a contact lense craze popularized by a Lady Gaga music video, but the lenses are not sold in the U.S.

She’s known for her crazy fads and fashions, but this one could actually be dangerous.

“It puts you at risk for infection. Infections can cause redness, irritation, and temporary to permanent vision loss,” said Dr. Daniel Chang, an ophthalmologist.

Dr. Joseph Chang was interviewed by KGET TV 17’s Emily Moore about a recent study regarding the hypothetical relationship between Botox and ability to feel emotions.

Botox gets rid of lines of your face, but does it also dull your emotions? That’s what a new psychology study claims. It’s based on the reasoning that when you smile, even when you are sad, you will feel happier, or when you pout, you will feed sadder. Researchers claim when you can’t use all of your facial expressions, it has a secondary effect of dulling your emotions as well.

Dr. Joseph Chang, an eye surgeon and Botox expert isn’t buying it. “It’s very important to realize that they’re making a hypothesis. They are not claiming that they are proving anything,” Chang said.

Dr. Daniel Chang was interviewed by the Californian’s Jason Kotowski about the importance of UV protection in sunglasses. 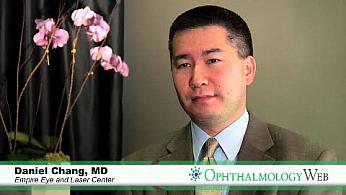